The best prices found for ORD flights for December, January

Cheap flights to Chicago found for this year

Late deals on return flights to Chicago, departing today and this week

Can I fly to Chicago from USA right now?

Most visitors from USA need to provide a negative COVID-19 test result and/or quarantine to enter Chicago.

Quarantine requirements
Visitors from USA are not required to quarantine after entering Chicago.


Can I fly back to USA from Chicago?

Returning to USA from Chicago

Quarantine requirements
Visitors from Chicago are not required to quarantine after entering USA.

The cheapest ticket to Chicago found for each month in 2021 based on historical flight searches by Cheapflights users.

When is the best time to fly to Chicago?

Average Chicago flight ticket prices and weather conditions for 2021 and 2022 by month.

The best time to fly to Chicago is during December, but great deals can be found at other times. July sees the temperatures in Chicago peak to their warmest. May tends, on average, to see the most amount of rainfall.

When is the best time to book a flight to Chicago?

Booking 61 days in advance of your planned departure date is, on average, the best time to get cheap flights to Chicago. The general trend is that the closer you book to the departure date, the more expensive your flight will be.

As Frank Sinatra crooned, “Chicago is my kind of town.” And many visitors agree. A trip to Chicago is best spent shopping on the Miracle Mile, stepping back in time at the National History Museum, touring the artist’s lofts in the heart of the city, and enjoying some cool jazz at one of Chicago’s many jazz clubs.

Chicago, with its varied and eclectic sampling of modern architecture, rests on the shores of Lake Michigan in the heart of the American Midwest. Flights to Chicago land travellers at either Midway Airport or O’Hare International Airport, both about 30 minutes from downtown Chicago, but a car isn’t needed to get around. Take a taxi or hop the commuter rail from your Chicago flight to downtown and then tour the city by foot. Stop by the Sears Tower, the tallest building in the United States, and take an elevator ride to the Sears Tower Skydeck for unprecedented views of the city.

Chicago has an extreme climate with very hot summers and bitterly cold winters, its lakeside setting only slightly moderating the temperatures and adding some humidity to the atmosphere. Chicago has distinct seasons, with a short spring, when temperatures are moderate and nights frosty. Summers are hot, sunny and humid, from June to the end of September, with cool evenings when breezes blow in from Lake Michigan. Autumn is a lovely time of year when the air is crisp and cool, with blue skies and sunshine. Winters in Chicago are icy and prone to cold, harsh winds. Snow is common, and it is also very rainy during the winter months.

When is the best time to fly to Chicago?

Summer is the peak of the festival season in the Chicago area with major events taking place in the parks and neighbourhoods every weekend, in spite of the heat and humidity from the Lake.  September can be the most enjoyable and mild month of the year but there’s less going on during this period.

January to March is when Chicago is least busy and deals on hotels and cheap flights to Chicago are usually attainable. However, true to its reputation as the “Windy City”, cold temperatures and brisk winds will make you want to stay inside for most of your visit.

No need to worry about getting around Chicago. There are plenty of ways to get around. Hop on the El, short for elevated train, the city’s subway system, or one of the buses that runs all over the city. For information about fares and routes, check out the website for the Chicago Transit Authority. Traffic is often congested, especially during rush hour, and driving isn’t recommended. Biking is becoming increasingly popular around the city, thanks to the city’s former mayor encouraging residents to ride their bikes as a mode of transportation. With all of Chicago’s lakefront property, biking can be a great way to enjoy the city.

See alternative destinations where airfare is generally forecast to be close to Chicago flight prices. 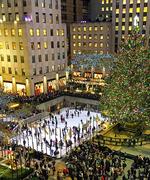 Cheap tickets to Chicago found by our users in Malaysia as recently as December 06, 2021.

See all airports in Chicago, select one to find and compare flight prices.

Not set on Chicago? See the cheapest flights to Malaysia. Airfare prices updated on December 06, 2021.