When is the best time to fly to EuroAirport Swiss?

RM 4,400
RM 3,600
RM 2,800
RM 2,001
Whilst there are several times of the year to choose from, February is seen as the time to fly to EuroAirport Swiss, however, it is possible to get good deals throughout the year. July sees the temperatures in EuroAirport Swiss peak to their warmest. May tends, on average, to see the most amount of rainfall.

Which day is cheapest to fly to EuroAirport Swiss?

The cheapest day to fly to EuroAirport Swiss is usually Monday. At the moment, Friday is the most expensive.

Flights in the morning are typically the cheapest time of the day to fly to EuroAirport Swiss. Flights at midday are usually the most expensive.

EuroAirport Basel-Mulhouse-Freiburg (BSL) is 6km (3.7 miles) northwest of Basel, Switzerland. It’s also 22km (14 miles) southeast of Mulhouse, France and 70km (43 miles) south of Freiburg, Germany – very much at the crossroads of these three countries. Flights to EuroAiport Basel-Mulhouse-Freiburg can be confusing as some airlines will list it as BSL (Basel), while flights from France will list it as MLH (Mulhouse). The airport also has a third code, EAP, although it’s used less often. It can be confusing, but don’t worry – all three codes really do refer to the same airport.

The airport is run jointly by France and Switzerland. Although technically in France, Swiss International Airlines has headquarters here, and all three countries access the airport without customs or border restrictions. The arrivals, departures and parking terminals are divided into two – the Swiss side is to the south and the French side to the north. On arrival you go through either Swiss or French customs.

Basel, the closest town to the airport, shares its borders with France and Germany. It is rich in medieval architecture and has several art museums, and also hosts an art fair and a world-class carnival. The airport also acts as a gateway to the Alsace region from the French side.

The airport is generally well-run and well-equipped to handle the four million passengers who arrive on flights to EuroAirport Basel-Mulhouse-Freiburg each year. 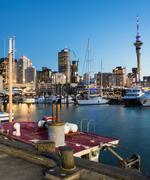 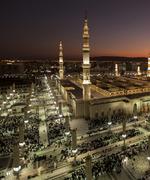 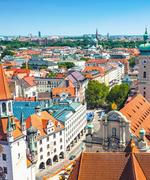 Prices found by our users for local departures to EuroAirport Swiss