The cheapest ticket to Seattle found for each month in 2021 based on historical flight searches by Cheapflights users.

When is the best time to fly to Seattle?

Average Seattle/Tacoma Intl flight ticket prices and weather conditions for 2021 and 2022 by month.

October is typically the best time to fly to Seattle, but there are other times where great deals are available. July tends to be the warmest period in Seattle so if you are looking for sun or warmer climates then look to fly around this time. November is the wettest if you need to factor this in to your plans.

When is the best time to book a flight to Seattle?

To ensure you get the cheapest price possible for a flight to Seattle, you should look to book at least 61 days in advance of your intended travel date. The price of your flight may increase if you delay and leave booking until a week or so before departure.

Which day is cheapest to fly to Seattle?

At the moment, Tuesday is the most economical day to take a flight to Seattle. Sunday is likely to be the most costly.

What time of day is cheapest to fly to Seattle?

Flights at midday are typically the cheapest time of the day to fly to Seattle. Flights in the evening are usually the most expensive.

The Space Needle, Mt. Rainier, Microsoft — these towering giants of nature, architecture, and industry all symbolise Seattle in many people’s minds. But more than anything, the first glimpse that travellers get from looking out their window on a flight to Seattle is a city of water (and not just the frequent rain). Seattle’s geography is defined by rivers, lakes, canals, and of course the beautiful harbour on Puget Sound with its view of the Olympic Mountains.

The waterfront is one of Seattle’s main attractions, providing shopping at Pike Place Market, restaurants, hotels, the Seattle Aquarium, and the Seattle Art Museum. From the waterfront, you can embark on a narrated cruise or a whale watch.

When booking a flight to Seattle consider planning a day trip to Mount Rainier National Park where outdoor enthusiasts can hike in summer amid the wildflowers and waterfalls or ski the glaciers in winter.

Yes, it does rain a lot in Seattle. But on the other hand, it is rarely unpleasantly hot, and winters are a lot milder than in other places of the same latitude. However, the latitude does mean that winter days are short (which may be the reason that Seattle has become the coffee capital of America). Though winters are not severe, they are chilly, and it can snow. Whenever you go, be prepared for at least some rain and cool evenings.

When is the best time to fly to Seattle?

There is much less rain from April to October, and because the summer weather is mild, any time during this half of the year is pleasant. Summer is the most popular time. It stays light till 10pm in June and July. Summer is when the big, primarily outdoor festivals are held. During the occasional summer rain, there is nearly always something to see in the theatres and performance halls. Higher rates tend to be from around mid-May to mid-September.

Seattle is a great city to walk in. It’s very compact, but there can be a lot of hills, so you may want to hop aboard the excellent Metro. The Metro has a Ride-Free zone downtown, so it’s easy to get around without spending a lot of money. You can also buy all-day passes that work for the buses and the Waterfront Streetcar. To get to the Seattle Center, hop on the Seattle Monorail and get a great view of the city. For more views of Seattle’s skyline, take a water taxi to Seacrest Park and you can also relax at popular Alki beach. Driving can be difficult in the city. Between the bad traffic, one-way streets and expensive parking, it’s not recommended. If you’re heading out to Mt Rainier or the Olympic peninsula, you will need a rental car.

What airport do you fly into for flights to Seattle?

The best prices found for SEA flights for June, July

Cheap flights to Seattle found for this year

See alternative destinations where airfare is generally forecast to be close to Seattle flight prices. 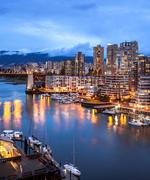 Cheap tickets to Seattle found by our users in Malaysia as recently as June 17, 2021.

See all airports in Seattle, select one to find and compare flight prices.

Not set on Seattle? See the cheapest flights to Malaysia. Airfare prices updated on June 17, 2021.