When is the best time to fly to Beijing?

RM 1,520
RM 1,350
RM 1,180
RM 1,005
The best time to fly to Beijing is during June, but great deals can be found at other times. July sees the temperatures in Beijing peak to their warmest. July tends, on average, to see the most amount of rainfall.

When is the best time to book flights to Beijing?

The price you pay for your flight to Beijing may vary depending on when you book. For the best chance of a lower fare, look to book 59 days in advance of your trip. Fares are likely to increase a fortnight or so before your departure date.

Which day is cheapest to fly to Beijing?

The cheapest day to fly to Beijing is usually Thursday. At the moment, Saturday is the most expensive.

To get the best value, try booking a flight in the morning when visiting Beijing. Generally the prices will increase for flights in the afternoon as these tend to have higher demand.

China’s capital and second-largest city (after Shanghai) is more than 3,000 years old but it moves at a dizzying pace.  Beijing is home to some of the most notable attractions such as Tiananmen Square, the largest open-urban square in the world, the Forbidden City and its Palace Museum, Summer Palace and Temple of Heaven and the Badaling section of the Great Wall. Chairman Mao is also here – embalmed in his mausoleum. For a visit through old Beijing, a hutong (narrow alleyways) tour in a rickshaw under swaying, red lanterns is a great way to soak up the atmosphere of this amazing city.

For the Olympic Games in 2008, Beijing started an ambitious building programme and its architectural legacy includes the National Stadium (“Bird’s Nest”) and the National Swimming Centre (“Water Cube”). For art and culture, visit the Dashanzi Art District. For shopping, head to Oriental Plaza shopping mall, Wangfujing Street and Panjiayuan Market where you can pick up almost-perfect counterfeit fashion.

September and October are dry and sunny with average temperatures in the 20s (Celsius) and teens. Winter is quite cold; December and January temperatures can drop below zero with cold winds off the Mongolian plains. April warms up to the mid teens. Summer is muggy and hot, and July and August can reach the upper 20s.

There are plenty of ways to get around this enormous city. Beijing has an extensive bus and subway network to get you where you need to go. The subway is fastest and easiest, but will be very crowded during rush hour. Buses are always crowded. The taxis run off of meters, and are very easy to find, but many drivers don’t speak English, so it helps to have your destination written in Chinese. Cycle rickshaws are another option, but you will have to bargain your rate, and some drivers demand more when you arrive at your destination. You can also rent a car and driver for the day, or rent your own car. Be aware that you won’t be able to leave the city limits if you’re driving.

The city is too large to walk, but you can certainly take public transport or a taxi to a particular area and then explore on foot. If you are brave enough, rent a bicycle and ride alongside the busy traffic.

Biking is very popular in Beijing and bike lanes are clearly marked. If you get overwhelmed, go with the flow of cycling traffic, especially when crossing streets. 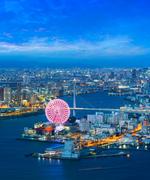 Prices found by our users for local departures to Beijing