The best prices found for CAI flights for July, August

Cheap flights to Cairo found for this year

Late deals on return flights to Cairo, departing today and this week

The cheapest ticket to Cairo found for each month in 2021 based on historical flight searches by Cheapflights users.

When is the best time to fly to Cairo?

Average Cairo flight ticket prices and weather conditions for 2021 and 2022 by month.

February is typically the best time to fly to Cairo, but there are other times where great deals are available. If you are looking for warm weather when you arrive off of your flight to Cairo then July is statistically the hottest. March is historically the period with most rainfall.

When is the best time to book a flight to Cairo?

The price you pay for your flight to Cairo may vary depending on when you book. For the best chance of a lower fare, look to book 44 days in advance of your trip. Fares are likely to increase a fortnight or so before your departure date.

Which day is cheapest to fly to Cairo?

The cheapest day to fly to Cairo is usually Tuesday. At the moment, Thursday is the most expensive.

What time of day is cheapest to fly to Cairo?

Flights in the morning are typically the cheapest time of the day to fly to Cairo. Flights at midday are usually the most expensive.

Dubbed “Umm El Dinya” (Mother of the World) by Egyptians and Arabs, Cairo is one of the most brash and chaotic cities in the world. Yet each year, millions of tourists, many of whom are British, book flights to Cairo to discover one of the world’s great ancient civilisations.

The hustle and bustle of modern Cairo’s busy streets teeming with hordes of people and honking cars is perfectly juxtaposed by the serene felucca boats sailing along the Nile and horses galloping amid the gargantuan pyramids. And while most tourists who book flights to Cairo do so to visit the Great Pyramid of Giza – the last surviving wonder of the ancient world – there’s a lot more to see and do in this exhilarating metropolis.

Six-hundred-year-old Khan al-Khalili is one of the first stops on any tourist’s must-see list. This labyrinthine bazaar offers bargain hunters the chance to haggle for hours while magpies can pick up everything from silver and precious stones to waterpipes and spices. After all that shopping recharge your batteries at the famous Feshawi’s coffeehouse and enjoy some strong Turkish coffee or an icy karkadey (hibiscus juice).

When is the best time to fly to Cairo?

The best time to book flights to Cairo is during the cooler season, roughly November through March. When you are inside, though, it may be chilly. Cairo buildings are designed to keep the heat out, so bring a jacket or sweater to wear indoors.

If you have allergies, you will probably want to leave the city before the sandstorms start in March.

The heat and pollution of summers are so oppressive that most Cairenes leave the city. Although the low humidity does make the heat a bit more bearable, cheap flights to Cairo can be found during the summer months.

During Ramadan, the Islamic month of fasting (approximately mid-September to mid-October), many museums and tourist sites close early and many restaurants open only after sundown.

The quickest way of getting around Cairo is on the underground metro. It runs from 6am until 1am daily and there is a carriage that is dedicated to female travellers, which operates until 5pm daily. Above ground, on the always busy roads, there is an abundance of public taxis. Look out for black-and-white vehicles or plain white cars (all metered and able to provide receipts). If you’re stepping into a black-and-white taxi, it’s best to settle on a price in advance. Renting a car is easy – all the major companies have desks at the airports and in cities – and all you’ll need is an International Driving License, but with the busy streets, competition for parking, and decent public transport system it’s not necessary for visitors.

What airport do you fly into for flights to Cairo?

If you book a flight to Cairo, you will be flying into Cairo, which is the city’s only airport. Cairo (CAI) is located 18.6 km from the centre of Cairo.

See alternative destinations where airfare is generally forecast to be close to Cairo flight prices. 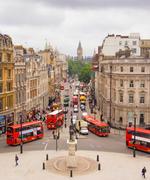 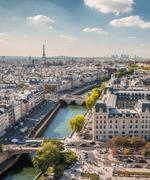 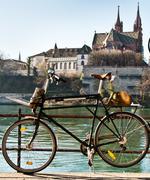 Cheap tickets to Cairo found by our users in Malaysia as recently as July 26, 2021.

Not set on Cairo? See the cheapest flights to Malaysia. Airfare prices updated on July 26, 2021.