Which day is cheapest to fly to Costa Rica?

The cheapest day to fly to Costa Rica is usually Saturday. At the moment, Monday is the most expensive.

At the moment, there are flights only in the afternoon for your Costa Rica trip.

Miles of deserted beaches, cascading waterfalls and magical rainforests; this is Costa Rica. The tiny country nestled between the Pacific Ocean and the Caribbean Sea attracts a spectrum of travellers from holidaymakers looking for some R&R to adventure seekers. And adventure is an understatement. The adrenaline-provoking activities could involve surfing one of the longest rideable waves in the world in Pavones or hiking Mount Chirripo, the highest mountain in the country.

Travellers on flights to Costa Rica will probably stop in the capital San Jose. The crowded and bustling city provides a good introduction to the country but a few days is plenty. After exploring its markets and visiting its colonial neighbourhoods, do as the locals (Ticos) do and head to the hot springs in the town of La Fortuna. Ecotourists booking flights to Costa Rica should fit a few extra days into their trip to visit the spectacular Monteverde Biological Cloud Forest Reserve in Monteverde, the village that was discovered by the Quakers in 1951. Covering 25,688 acres, the forest is home to more than 2,500 species of plants, 400 species of birds including the elusive Resplendent Quetzal, and 100 different species of mammals.

Costa Rica is a tropical country with little variation in temperature throughout the year. You will encounter a lot of rain if you visit between May and November, the significantly rainy season. The coastal temperatures are hotter at an average of 32 degrees, but sea breezes make it much more comfortable. The highland areas are cool at night and warm during the day.

When is the best time to fly to Costa Rica?

The best time to visit Costa Rica is during dry season – from late November to late April when the weather’s perfect for laying out on a beach or exploring its rainforest. It’s also the peak of the tourist season when flight and hotel rates are much higher than usual.

The rainy season runs from May to mid-November and is considered winter to Costa Ricans but unless you’re up in the mountains, temperatures are generally mild. If you’re looking for cheaper accommodation then this is the best time to visit except during the rainiest months, September and October, when some hotels shut down.

Getting around Costa Rica

Since most Costa Ricans don’t own cars public transport, apart from the railway, is very well developed

Buses are the cheapest option to get around but tend to be rather uncomfortable and chaotic.

Taxis are probably the best choice for longer journeys and can be hired by the hour or for the entire day.

Cars and motorcycles are readily available for hire

Commuter flights in Costa Rica are the easiest way to get around the country with a choice of two domestic airlines: Sansa and NatureAir. 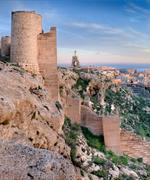