Which day is cheapest to fly to Fort Lauderdale?

The cheapest day to fly to Fort Lauderdale is usually Monday. At the moment, Friday is the most expensive.

Thanks to the 1960 movie, Where the Boys Are, this once-quiet city in South Florida became synonymous with Spring Break.  But starting in the 1980s, the city of Fort Lauderdale made efforts to change its image and started to put limits on the mega-party scene, hoping to ensure a family-friendly experience.

Today, the city still draws plenty of college kids in March, but the energy is not quite so wild. In fact, Fort Lauderdale has moved upmarket and Port Everglades is now one of the largest cruise centres in the world. The T-shirt shops and souvenir stores that once overwhelmed the waterfront have given way to trendy shops, nice restaurants, and a new two-mile promenade that offers unobstructed pedestrian access along one of the city’s nicest beaches.

The water is what attracts most travellers who book a flight to Fort Lauderdale – the area boasts more than 20 miles of powdery sand beaches and 300 miles of waterways, making it truly the “Venice of America”.

When is the best time to fly to Fort Lauderdale?

October-April. Winter weather is outstanding in Fort Lauderdale. While it’s not quite the Spring Break hotspot it was in the 60s and 70s, Northerners take flights to Fort Lauderdale during the winter, so book several months in advance for the best deals on airfares and accommodations. Book up to a year in advance for travel during holidays and school vacations.

May and September. Late spring and early autumn can be a great time to visit; the weather is nice and the crowds will be smaller. September does fall in the middle of the hurricane season, but don’t let that spoil the fun. It’s possible to find good airfare and hotel deals during these in-between seasons, but book ahead.

Off season:
June through August. Fort Lauderdale summers are hot and humid. However, this is the most affordable time to fly to Fort Lauderdale and get a great deal on flights. Hotels in the area reduce their prices considerably during the summer. Stay right on the beach, and ocean breezes will ensure your stay is pleasant.

Getting around Fort Lauderdale

Ample parking and wide-flung city limits make driving the easiest way to get around Fort Lauderdale. Renting a car is best, and you can often find package deals when you book your cheap flight to Fort Lauderdale. Major car rental companies can be found at the airport. If you’re not a driver, there are plenty of taxis around the city, but they are expensive. The bus is much cheaper, but is very complicated. You can also take a water taxi downtown via the New River and the waterway. 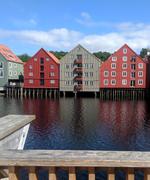